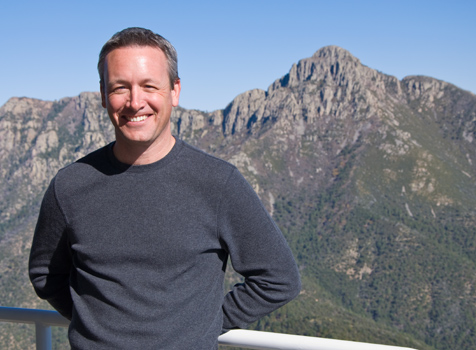 Dr. G. Grant Williams is an astronomer and the current Director of the MMT Observatory. He earned a Bachelor’s degree in Physics from the University at Buffalo in 1994 and a PhD from Clemson University in 2000. As a student, Dr. Williams participated in early experiments to search for optical counterparts of gamma-ray bursts using robotic telescopes. His first postdoctoral position was at Steward Observatory assisting with the design, construction and commissioning of the “90prime” prime focus imager.

Dr. Williams has been employed at the MMT Observatory since September 2002, initially as the first Firestone Postdoctoral Fellow and more recently (Oct. 2007 – Dec. 2010) as the Associate Director. He’s also provided observatory and instrument support as a Staff Scientist and Technical Coordinator. He began his appointment as Director of the MMT Observatory on January 1, 2011.

Dr. Williams’s research is focused on the study of evolved high mass stars and supernovae. The principal objective of this work is to probe the three-dimensional (3-D) nature of massive stars both before and after they explode. The goal of this work is to characterize the properties and, perhaps more importantly, the significance of asymmetries in supernova explosions. This is being accomplished using polarimetry, an observational technique that provides information about the overall symmetry of stellar explosions. Multiple observations of many supernovae over the course of several weeks or months are used to study the temporal evolution of these asymmetries. Dr. Williams is the PI of the Supernova Spectropolarimetry (SNSPOL) Project.