The Red Channel detector has a glow. Please see below for details.

a Coverage is for the full 1032 columns.

b May be limited by the blue or red cutoffs or the free spectral range. 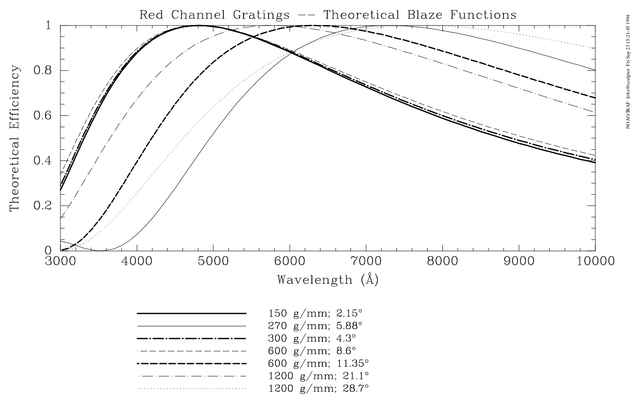 An illustration of the expected count rate (for a flat-spectrum (in F_nu) source of 1 micro-Jansky) per Angstrom is shown below. 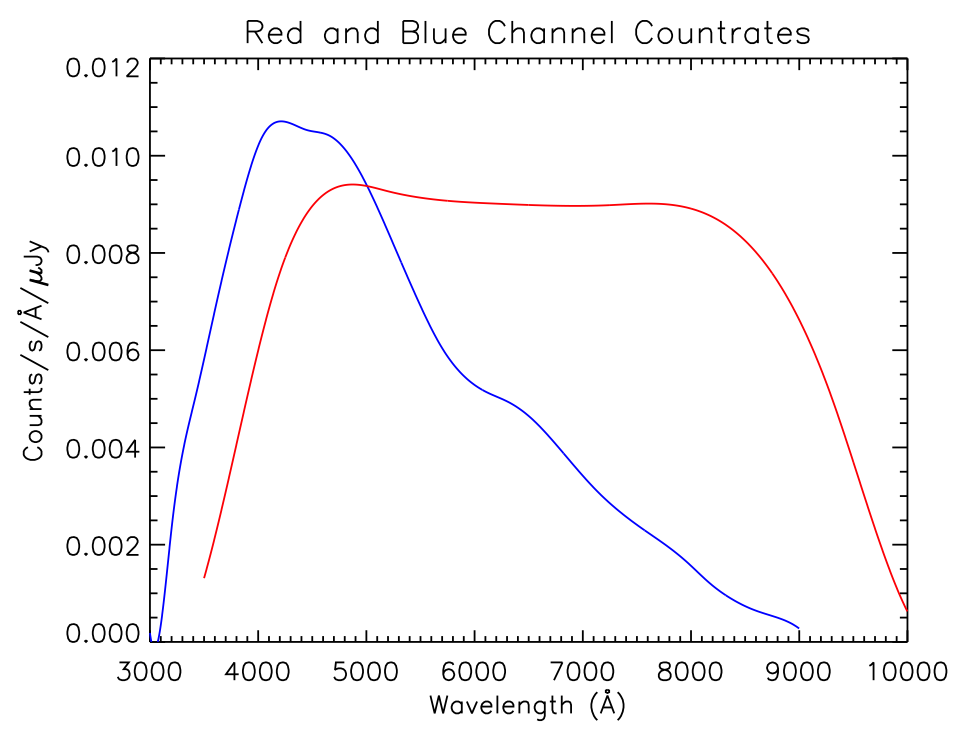 The same data can be found in PDF form and in tabulated form (Blue Channel, Red Channel).

A two dimensional image of the bluest portion of the detector is shown below (the spectral direction of the detector runs in the Y-direction, so blue is up in the figure).  The image is a bias-corrected dark image. The counts in the “glow” in the upper right depends on exposure time, so observers using long integrations are encouraged to take dark frames.   On the right, we show the median counts in this 600s bias-subtracted dark frame in the last 3 columns; again, the bluest portion of the red channel image is at higher Y-pixel values. 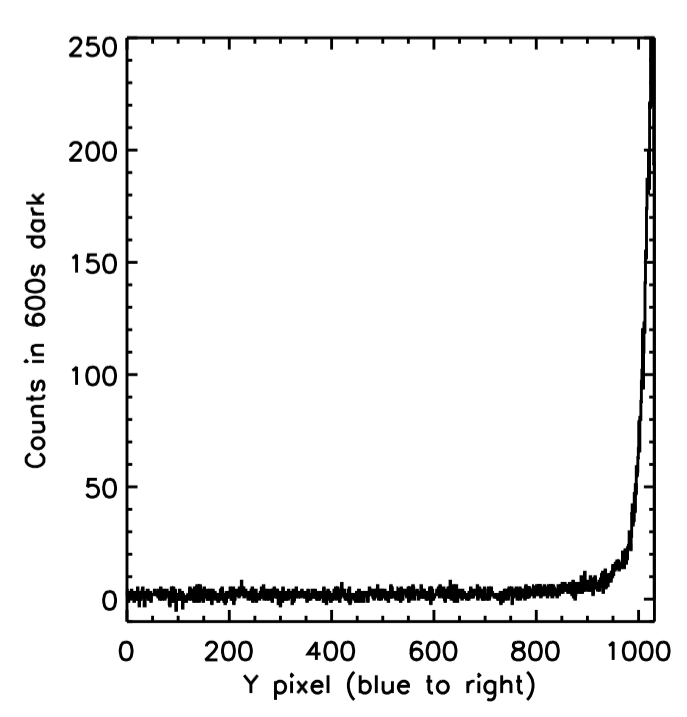 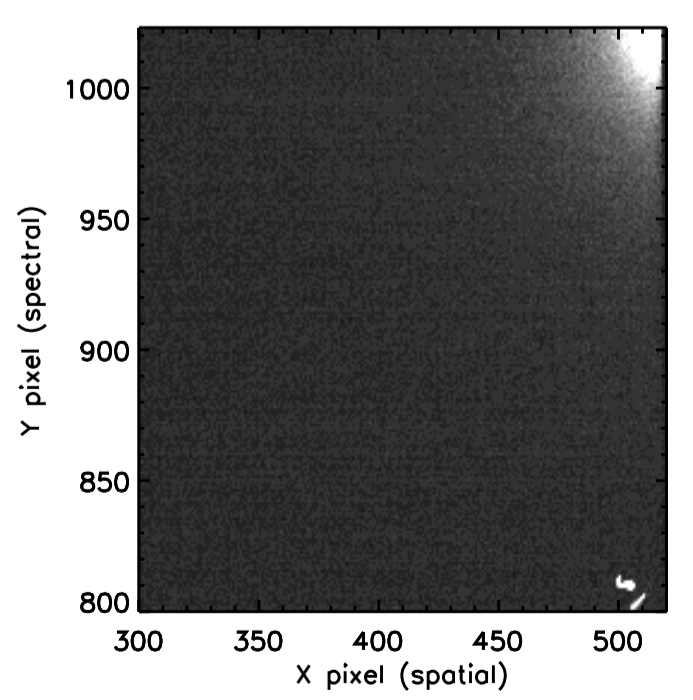 The Red Channel Echellette grating gives complete coverage from 4300-8900 Å at a spectral resolution of a near-constant 90 km/sec when using a 1″x20″ slit. Nominally it works in orders 7-13 but it can be used in orders 6-13 with some sacrifice of coverage in the blue and some order overlap between orders 6 and 7. Due to the Red Channel detector glow, we do not recommend the use of Echellette at this time.

Sample Echellette flat-field image: Blue is at the bottom and to the left. Orders are marked. This image was taken at a cross-disperser setting of 480. By judicious placement of the camera in the cross-dispersion direction, it is possible to include order 6, which is off the top of the frame, at the expense of a few hundred A in order 13.